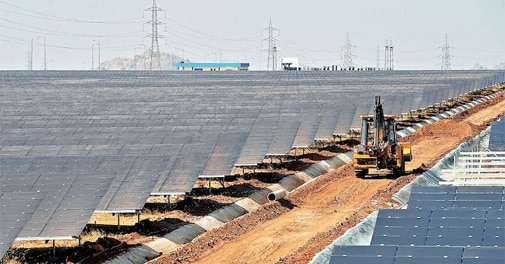 While the government plans to introduce more safeguards such as the land tax (BCD) on solar imports mainly from China, a level playing field is needed for domestic units in special economic zones (SEZ) with those in non-SEZ, industry officials say.

Last week, the Ministry of Finance extended the protective tariff (SGD) on imports of cells and modules for another year until July 2021. In addition, the Ministry of New and Renewable Energy (MNRE) approved the proposal to collect the tax from around 20 BCD % on imports. The Treasury Department is expected to make a decision on this soon (BCD).

The SGD does not benefit the domestic industry, as the imports receive customs duties in accordance with the amendment clause and the conversion to BCD can only benefit domestic manufacturers if units in the SEZ and in the domestic tariff area (DTA) are based on a similar terms, the BCD raise.

A manufacturer would be obliged to pay BCD for the added value made in the SEZ if modules are released from the SEZ to the DTA, regardless of whether cells or modules are manufactured in the SEZ or not. In contrast, a production facility in DTA is not obliged to pay BCD for the value added made in DTA. This anomaly could lead to the closure of units in SEZs and the loss of over 15,000 jobs.

Also read: India-China conflict: the government extends the protection obligation for solar cells and modules by one year

Avinash Hiranandani, Global CEO and Managing Director of RenewSys, said that with 63% cell manufacturing capacity and 43% module manufacturing facility in the SEZ, the government must take the necessary steps to protect the investments already made by the production units operating in the SEZ. "It would help save significant foreign exchange and create at least 3.00,000 to 4.00,000 jobs over the next 2-3 years," he said.

The planned solar use in 2020-21 is 15 GW and 18 GW, 20 GW and 20 GW in the next three years. If the current trend continues, India will have to deploy future installations that are largely dependent on imports.

"There is no doubt that India has become a strong market for solar power systems over the past 5 years. With the government setting ambitious targets of 175 GW by 2022, it is important to create a favorable political environment around this to reach." it, "said SL Agarwal, Managing Director, Webel Solar.

The domestic solar industry's exports rose from USD 121 million in 2018-19 to USD 212 million in 2019-20. India can avoid the $ 18 billion foreign exchange outflow if it adopts domestic projects based on indigenous cells and modules over the next 4 to 5 years, he added.