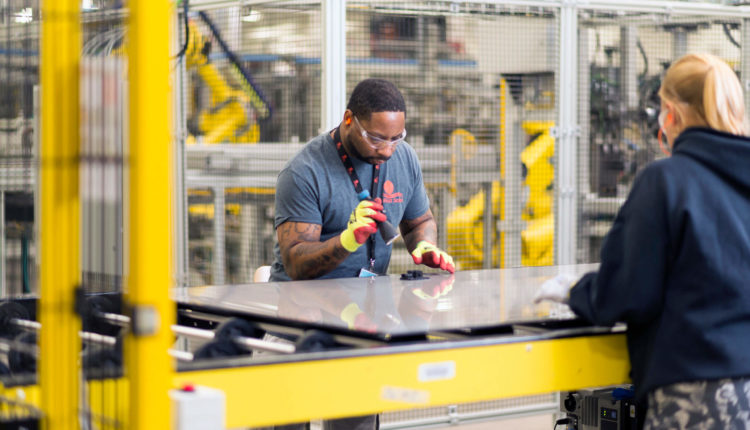 First Solar Inc., a US solar technology company and global supplier of solar modules, is investing US $ 680 million to expand its US-based photovoltaic (PV) solar production capacity by 3.3 GW DC annually, an implied capital expenditure of equates to about $ 0.20 per watt. The company plans to use existing cash to fund the construction of its third US manufacturing facility in Lake Township, Ohio.

Subject to approval and pending approval of various government, regional, and local incentives, the new facility is expected to be operational in the first half of 2023. It is expected to reach its throughput eligibility (modules produced per day) by the end of the same year with over 3 GW DC of nameplate capacity and is expected to reach full nameplate capacity in 2025 according to the company's module efficiency roadmap. When fully operational, the facility will increase the company's presence in northwest Ohio to a total annual capacity of 6 GW. scale DC, believed to be the largest fully vertically integrated solar production complex outside of China.

"These investments in US-made solar technologies are the perfect embodiment of President Joe Biden's strategy to build domestic manufacturing and supply chains for critical industries," said US Secretary of Energy Jennifer M. Granholm. "As a partner of our solar program since 2003 and a DOE loan guarantee recipient in 2012, this company is a great example of how investments and innovations can build the clean energy future locally – strengthen competitiveness and create well-paid jobs." . "

Unique among the 10 largest solar manufacturers in the world because it is the only US-based company that does not use crystalline silicon (c-Si) semiconductors, First Solar produces its ultra-low-carbon thin-film PV modules in a fully integrated, continuous process continuous under one roof.

The facility is expected to create approximately 500 direct jobs and produce an improved, utility-scale thin-film PV module for the US solar market that is expected to have higher efficiency and performance in a larger form factor. The additional production capacity of this new facility, when available, is expected to also help alleviate the challenges currently faced in the global ocean freight market by narrowing the transoceanic gap between international supply and domestic demand.

The facility will be one of the most advanced of its kind in the solar industry, and will allow First Solar to produce a module at its three Ohio plants, expected to produce an average of every 2.75 seconds after reaching full production capacity. The facility will combine a highly skilled workforce with Industry 4.0 architecture, machine-to-machine communication, artificial intelligence and IoT connectivity to achieve higher levels of automation, precision and continuous improvement.