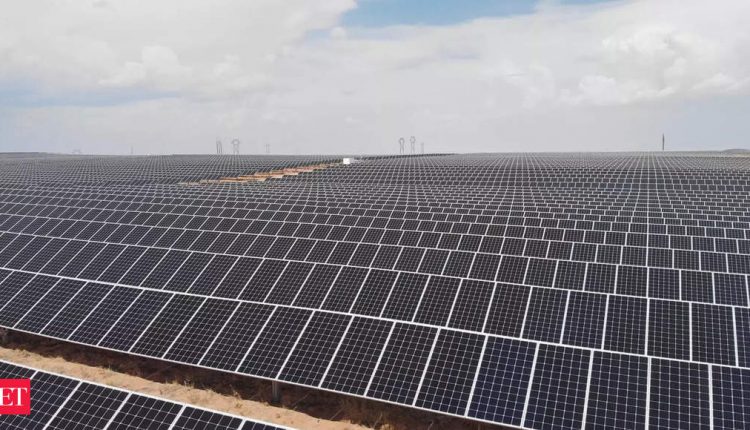 Industry body All India Solar Industries Association (AISIA) has urged Minister for Energy and New and Renewable Energy RK Singh that structural safeguards and tariff-based barriers are needed for domestic manufacturing to take hold and take hold. The panel stressed that the (solar equipment) “domestic manufacturers are running their plants at 30 percent capacity and are suffering huge unbearable losses.”

In the letter, sent to Singh earlier this week, the body explained: “Having hoped for a resurgence and weathering strong headwinds over the last decade, we are going through even more difficult times, with our very survival at stake, and without robust local ‘Make in India’ solar manufacturing, the security of India’s energy sector is at risk.”

In order for domestic manufacturing to gain a foothold and establish itself, it is imperative that there are structural safeguards (ALMM-approved list of models and manufacturers) and tariff-based barriers (BCD/SGD, etc., basic tariff, protective tariff). in addition to production-related incentives for 4 to 5 years before these gradually expire.

They pointed out that since April 2021, imports (of solar systems) have consistently been above 800 MW/month.

Imports for the cumulative 11 months to February 2022 are 16 GW, much more than the deployment and total installation rate of 10 GW, clearly indicating huge stockpiling and speculative activity.

It also pointed out that in the last 6 months, from September 2021 to February 2022, 11.93 GW of module imports clearly showed that developers and traders want to sabotage domestic manufacturing.

About 3.21 GW import in February (2022) increases the plight of domestic manufacturers, the panel said.

It also pointed out that considering the weighted average price of the last 3 years and 32GW of imports, the total foreign exchange outflow was US$10 billion, which is a huge and avoidable energy security cost.

The panel also gave reasons for continued imports from China and widening trade deficit with the neighboring country.

It said import tariffs were recommended at 40 percent, which was eventually reduced to 25 percent and then to zero, leading to rampant imports.

It also pointed out that a pass-through mechanism ensured that no supply orders went to local manufacturers.

“We call and pray for immediate and urgent action to thwart such nefarious moves by those interested in dumping Chinese imports, leading to dire consequences including turning most entities into NPA (bad loans) and some could even face bankruptcy,” it submitted.

Solar panel is the key and essential element for solar energy generation. Solar modules require various smaller components and inputs such as solar cells, aluminum casing, glass, backsheets that are sourced from supplier industries including packaging and transportation industries that depend on them for their business survival.

India’s solar device manufacturing industry has been reeling under an onslaught of Chinese imports, which has resulted in several businesses being closed and liquidated, leaving most of the survivors on the brink, it said.

At stake today are 200,000 jobs and 125 solar array manufacturing units, which will become non-performing assets (NPAs) and deal a serious blow to the security of India’s energy sector, the minister said.

The panel urged “expeditious action and prayed that the timeline for implementation of the revised ALMM regulation will not change from April 1, 2022.”

How do solar batteries work? Your Guide to Solar Energy Storage – Green Prophet