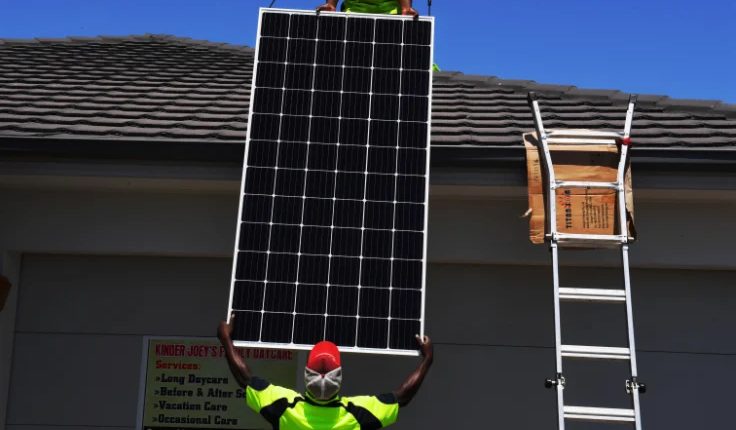 According to the current regulations, residents must obtain approval from the council if they want to install solar photovoltaic systems with an output of more than 10 kilowatts. Residential areas such as nursing homes were also limited to 100 kW systems.

As part of the changes to the state environmental planning guidelines for infrastructure, these rules were relaxed.

It is hoped that the changes will add flexibility so that people can install new and more efficient PV systems on the roofs of business premises.

"These changes ensure that planning needs are aligned with advances in technology and allow emerging energy projects to navigate the planning system more efficiently," said Stokes.

The changes are the first the state government made to accelerate the adoption of low-carbon technologies as part of the economic recovery after the coronavirus shutdown.

"In the past five years, the generation of wind and solar power has almost tripled," said Kean, adding that nearly half a million homes now have solar PV.

"These planning changes are an important next step in order to bring innovative electricity projects such as large batteries, solar and wind turbines with higher capacity into operation more quickly and to reduce energy costs."

So far, the state has lagged as large batteries like the 100 megawatt Hornsdale Power Reserve in South Australia, which is already proving to be a financial success, and Victoria has followed suit with their own large batteries.

The SEPP amendments recognize that large-scale storage of electricity will play an increasing role in the transition to renewable energy.

The changes will allow utilities to build power storage as part of improvement work on transmission and distribution grids, and large battery storage systems can be built in approved zones across NSW, the government said in a statement.

In a November report of the proposed changes, the planning department said its energy department has already received 15 applications for grants for stand-alone battery projects under the $ 75 million program.