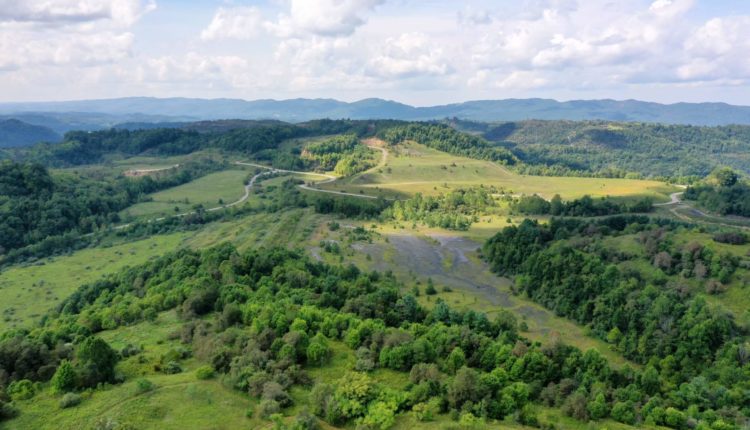 The Nature Conservancy and Dominion Energy Virginia are developing one of the first utility-scale solar projects on former open pit mines in the coal fields of Southwest Virginia.

The Highlands Solar Project will repurpose approximately 1,200 acres of the former Red Onion Daily Mine and surrounding land in Counties of Wise and Dickenson. The project will generate approximately 50 MW of solar energy, enough to provide peak power to 12,500 households, as well as additional benefits to the area such as: and job creation in clean energy.

"This project is a huge benefit for the Southwest Virginia economy," said Ed Baine, president of Dominion Energy Virginia. “It's also another important step in building a 100 percent clean energy economy in Virginia. Converting former coal mines to solar power is a smart way to boost the region's economy and bring renewable energies to Southwest Virginia. "

The announcement comes two months after The Nature Conservancy announced similar efforts to build solar panels on former mineland with Sun Tribe of Charlottesville, Virginia and Sol Systems of Washington, D.C. When you combine the efforts of all three companies, the utility-scale solar projects within the Cumberland Forest Project will span nearly 1,700 acres and generate an estimated 120 MW of solar energy.

The Highlands Solar project is being developed within the Cumberland Forest project and surrounding properties. The Cumberland Forest Project, managed by The Nature Conservancy and owned by Impact mutual fund Cumberland Forest, LP, was announced in 2019 and comprises nearly 253,000 acres of land in southwest Virginia, eastern Tennessee and eastern Kentucky. The majority of the property is intended for the protection and restoration of native forests. However, there are several thousand acres of unforested former coal mines that can support solar energy projects and local economic development with minimal environmental impact.

Over the next two to three years, Dominion Energy will conduct additional field studies, refine project plans, and complete local and state approval processes. The company will jointly develop the project with the ANTARES Group, who will act as the owner's engineer. The company plans to begin construction in 2024 or 2025, subject to review and approval by the Virginia State Corporation Commission.

In addition to reinvesting in Southwest Virginia's economy, the project will support the goals of the Virginia Clean Economy Act, which requires Dominion Energy Virginia to produce its electricity from 100% carbon-free sources by 2045.