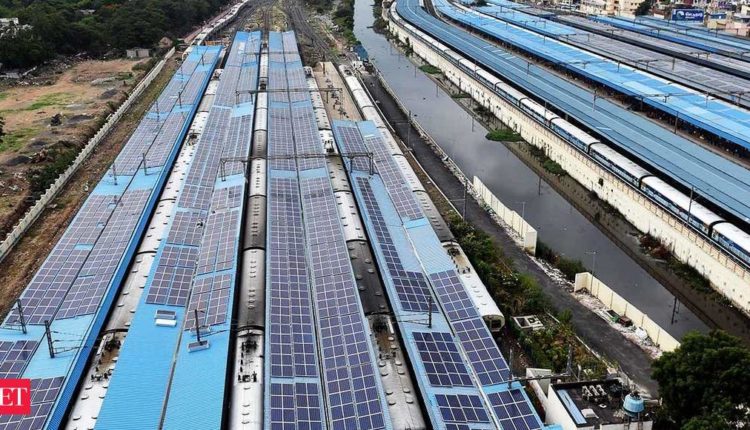 US solar equipment maker CubicPV has allocated at least $ 350 million to invest in a manufacturing facility in India drawn by government incentive schemes for local production, the company's chairman told ET.

The proposed facility will be built in partnership with an Indian company if CubicPV's technology is eligible for government funding, said Frank van Mierlo.

The facility, which will mark CubicPV's entry into the Indian renewable energy sector, will produce solar wafers and solar cells with an expected capacity of 4,000 MW by the end of 2023, he said. Half of this capacity is used for the production of wafers – an important raw material for the production of solar modules – and the other half is used for the assembly of the wafers into solar cells.

Van Mierlo said the centre's incentive schemes in the solar sector, particularly the basic tariff on Chinese imports from April 2022 and the production-linked incentive scheme (PLI) worth Rs.4,500 billion, were the main reasons for CubicPV to consider entering the Indian market Renewable energies segment.

“The Government of India has put in place the Approved List of Modules and Manufacturers, Domestic Content Requirements, Base Duty and the PLI System: These four interlocking guidelines will benefit an industry where all modules in India are domestically produced in three years "Van Mierlo said by phone from Boston." You need to give Modi government credit for interlocking incentives to make this happen. "

He said CubicPV will apply for the Production-Linked Incentive Program (PLI) next month and is confident that its wafer manufacturing technology will qualify for the state grant.

Van Mierlo said CubicPV's technology, which is up to 30% efficient, is already scalable, making India an attractive destination to deploy the technology.

However, he said the company is cautious about entering the Indian market on its own, citing the numerous regulatory challenges posed by the Indian power sector.

"India is a complex place and to be successful we need local partners. We are actively pursuing this," said Van Mierlo, adding that they will be looking at multiple partnerships rather than being limited to one company.

CubicPV was founded in June and is a merger of two American solar manufacturers – 1366 Technologies and Hunt Perovskite Technologies (HPT). The companies have invested $ 300 million in research and development since the merger.

With domestic manufacturing incentives kicking in, experts said that capacity building could accelerate in the next few years.

"As the Indian government initiates PLI and imposes solar modules and cells from FY23 BCD, local capacities will be ramped up. In the first quarter itself, 2.2 GW of module capacity was added and 1 GW should be added over the next 8-10 months. "Said Gandhi.

There are simply over 1,000 $ 4,174 solar battery reductions left in Victoria, get on rapidly – techAU