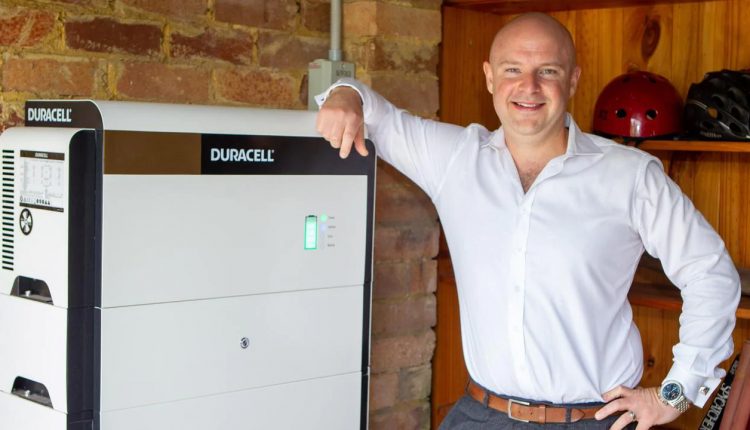 Cricket great Shane Warne has put his support behind a new electricity deal that could see people’s power bills drop to zero.

Cricket great Shane Warne has put his support behind a new energy deal that could see people’s power bills drop by 100 per cent.

Warne is backing a deal from green energy retailer Social Energy, which is offering households a $500 credit every year against their electricity bills.

Households must sign up to buy an eligible Duracell Energy Bank 2 battery with financing plans available for those unable to afford an upfront payment.

Founder of solar panel and battery installer Natural Solar, Chris Williams, told news.com.au this meant people could pay nothing upfront and the system would potentially be paid off within six years from the savings on their electricity bills, plus the $500 credit from Social Energy.

He said installation of the solar and battery system would cost between $14,000 and $15,000 but this cost would be offset by a drop in the cost of their electricity bills.

If households sign up with Social Energy as their energy retailer their power bills could drop to zero, providing enough savings to pay off the system in less than five years if they pay upfront. One household in Sydney’s Northern Beaches that has installed the system has been estimated to save $2506 a year on electricity.

“That type of return is unprecedented and could see mass adoption of solar,” Mr Williams said.

The deal is the latest in a number of offers to hit the market offering people cheaper ways to install solar and batteries with no upfront cost.

It also helps those who already have solar panels but the savings are not as lucrative because the battery would still cost between $9500 and $13,500 depending on the size of the property.

Mr Williams said the battery alone could save households between $800 to $1000 a year on their power bills and this could rise up to $1500 with the $500 credit included.

However, there is no guarantee over how long the $500 credit will be offered. Mr Williams said they expected it to be in place for at least three to four years.

Maintenance on the battery is guaranteed for 10 years and on the solar panels for 12 years.

Mr Williams said a solar system could reduce power bills on average by 30 to 40 per cent, a battery could get it down by 70 and 80 per cent, so combined with Social Energy’s retail offer, this could potentially get bills down to zero.

Any extra electricity that households need from the grid will be provided by Social Energy.

Mr Williams said electricity prices offered by Social Energy were competitive and they offered one of the lowest rates available in Sydney at 21 cents per kWh, compared to the average price of 28 cents per kWh.

“If the system is sized appropriately then there shouldn’t be much additional power needed,” he said.

Any excess power households sell to the grid will also be paid for with a generous feed-in tariff of 40 cents per kWh for the first 300 kWh they export.

This is more than four times the average tariff offered in New South Wales (7.67c per kWh), South Australia (8.77c per kWh) or Queensland (7.01c per kWh), based on data from EnergyMadeEasy.

Households are not obliged to stay with Social Energy and people are not locked into a contract. If they don’t need to use the $500 credit on their power bills because their electricity consumption is low then they can also be paid this in cash.

Social Energy is able to offer the generous terms because all batteries that form part of their network will be part of a virtual power plant that will sell electricity to the short response market.

Mr Williams said this would not interrupt household supply of power because electricity will be provided to the grid in short bursts of between two to six seconds.

“The impact on the state of charge of the battery is negligible,” he said.

“People will still always be connected to the grid but if the grid goes out, for example if a tree brings down a power line, your house could still have power and you could continue with your Zoom meeting. I mean, how good is that?”

Of his involvement, Warne said he was very proud to be supporting Social Energy, which already has 6000 customers connected to its smart energy plans in the UK.

“Social Energy is a world leading energy retailer with smart tech that’s changing the game,” he said in a statement.

“We want to save the customers and household as much money as we possibly can. I believe in it that much that I’m not only promoting Social Energy – I’ve become a shareholder.”

The Social Energy offer is available throughout Australia except in Western Australia.