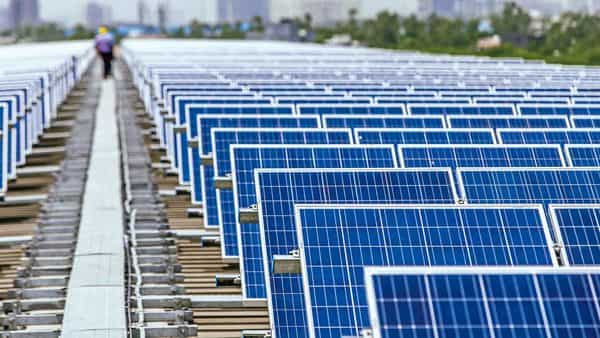 NEW DELHI :
India’s economic response against border transgression by China is playing out in the solar space with delays by the Bureau of Indian Standards (BIS) in certification and testing approvals for imported solar equipment from China, said two people aware of the development.

The approval is necessary to be eligible to sell in India after the government made it mandatory for all imported solar equipment to meet stringent quality norms after instances of poor quality solar modules being sold in the domestic market came to light.

The delays in testing and certification assume significance given that 80% of solar cells and modules used in India are imported from China and such imports in 2018-19 were valued at $2.16 billion. Major Chinese solar module producers such as Trina Solar Ltd, Jinko Solar, JA Solar Holdings, ET Solar, Chint Solar, and GCL-Poly Energy Holdings Ltd are some of the suppliers to India, which is implementing the largest clean energy programme in the world.

“The Chinese manufacturers have BIS certification, but for every new model to be exported here, it has to be first tested and certified by the BIS. That is getting delayed,” said one of the two people mentioned above, the chief executive of a New Delhi-based green energy firm, requesting anonymity.

“Chinese modules are not being approved. This is happening for the first time,” said the other person mentioned above, the chief executive of another New Delhi-based clean energy firm, who also requested anonymity.

The hardening of the stand by India comes against the backdrop of fresh tensions with China even as the earlier issues that led to a deadly border clash in Ladakh in mid-June, which left 20 Indian soldiers and an unspecified number of Chinese soldiers dead, remains unresolved.

“Any change in material has to be approved by BIS. Apart from the geopolitical issue that may or may not be the reason behind such delays, the testing capacity is woefully inadequate. As a result, latest technology is not getting used in India,” said second person quoted above.

Queries emailed to the spokesperson of India’s ministry of new and renewable energy (MNRE) and BIS officials on Tuesday morning remained unanswered.

More tariff barriers, subsidised financing for encouraging domestic equipment usage, rigorous testing of foreign equipment, and prior permission requirements for imports from adversary countries, are some of the focus areas of India’s proposed power sector overhaul.

India is working on a plan to impose tariff and non-tariff barriers to put a check on imported solar equipment that will make their sourcing from China costlier. Facilitating local manufacturing in sectors, such as solar equipment, is expected to help India’s goal of playing a larger role in global supply chains against the backdrop of the disruptions caused by covid-19.

WHAT SOLAR SYSTEM IS BEST FOR YOU?