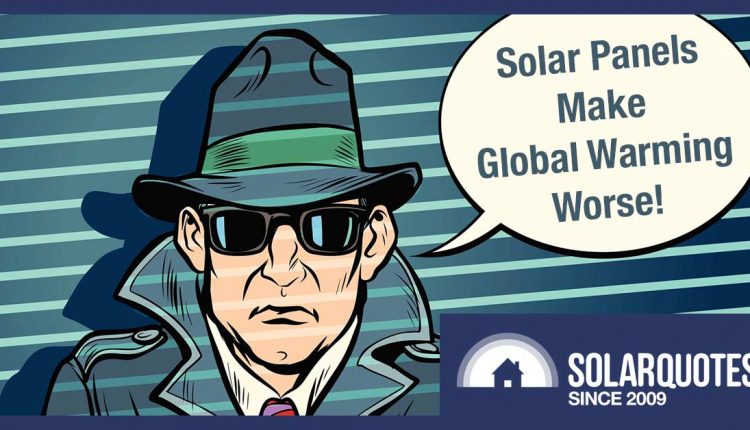 Another Solar Myth Busted: No, Solar Panels Do Not Warm The Planet

Recently, I’ve noticed a number of solar myths coming back to haunt the comments section of this blog. Here’s the latest one:

“Those black solar panels actually heat the planet by increasing the amount of energy the earth absorbs from the sun?  Ha! You never thought of that did you!”

Solar panels absorb energy.  It’s what they’re made to do.  As a result, they often reflect less sunlight energy back into space than the surface they’re placed over.

So no, solar panels do not heat the Earth.

The overall effect of solar panels is far in the opposite direction.  They help prevent a heating planet by reducing fossil fuel generation and greenhouse gas emissions.

This may then cause someone to ask…

“Ignoring the effect of greenhouse gases, do solar panels heat the planet?”

The answer is still no. This is because unlike most other forms of generation, solar doesn’t release large amounts of waste heat in the process of producing electricity.  By reducing the need for generation that creates heat from chemical or nuclear reactions, solar power helps cool the planet.

After learning this, someone who is really determined to know if solar panels contribute to global heating in any way could ask…

“Ignoring greenhouse gases and ignoring waste heat unavoidably released by most other forms of generation, do solar panels heat the planet?”

In that case, the answer is…

It depends on the location and situation, but overall solar panels have a mild cooling effect on the planet.  While the cooling effect isn’t strong, it is better than any other form of generation.

Below, I’ll explain why solar is the coolest energy source.

Albedo is a measure of how bright or dark something is1. Read also : array.  An object that most sunlight energy bounces off has a high albedo, while something that mostly absorbs sunlight has a low albedo.

“Hi! My name’s Al Bedo and you can bite my shiny mirrored butt!”  (Because I lost a bet I’m required to reference a bizarre 70s science fiction movie in this article.  Anyone who can correctly name it in the comments wins my condolences.)

One thing to keep in mind about albedo is the world is not as bright and shiny a place as most people think.  As an example, what do you think is the albedo of your bathroom mirror?

You may think using a trick question was unfair.  But in my defence, I did just warn you the world is not a bright and shiny place.

As a further example, what do you think the albedo of the moon is?

Wrong!  It’s around 0.14.  This is because its surface is mostly dark basalt.  The moon only looks bright and shiny to us because our meagre human eyes are comparing it to the dark immensity of the universe — the only thing with an albedo of 0.

Who’d have thought the moon would turn out to be so goth? IMAGE NASA (duh.)

Okay, one more.  What’s the albedo of Venus, the brightest planet visible in the night sky?

The answer is (a).  Around 0.7.  It’s not a trick question this time because, while the world isn’t as bright and shiny as you may think, it’s not that bad a place. 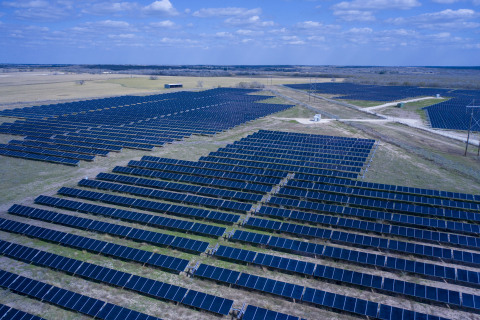 The approximate albedos of the surfaces that solar farms may be built over are: Read also : NIPSCO, Capital Dynamics, is engaged on a 200 MW solar venture in Indiana. 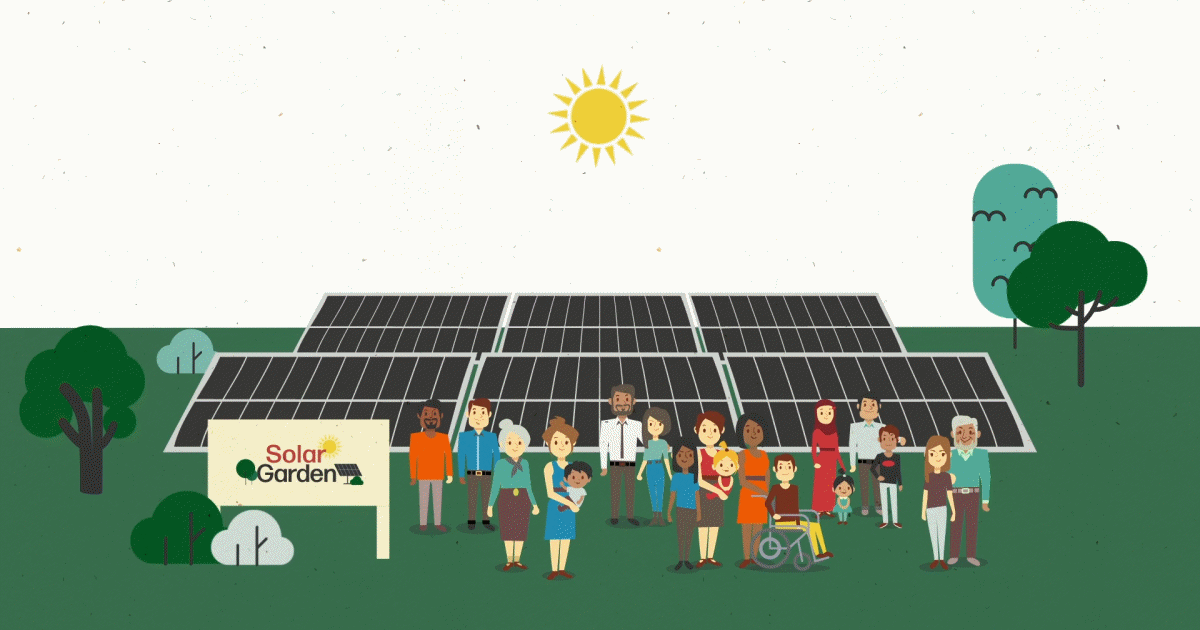 The albedo of a solar panel is around 0.1.  This means it absorbs roughly 90% of sunlight energy falling on it. This may interest you : Capital Dynamics Completes Acquisition of AVSE II Solar PV Mission.  Solar PV can only be made from certain materials, so that’s about as dark as they get at the moment.  This makes them a lower albedo than most surfaces they cover, but not all the sunlight energy absorbed by a panel is converted into heat. 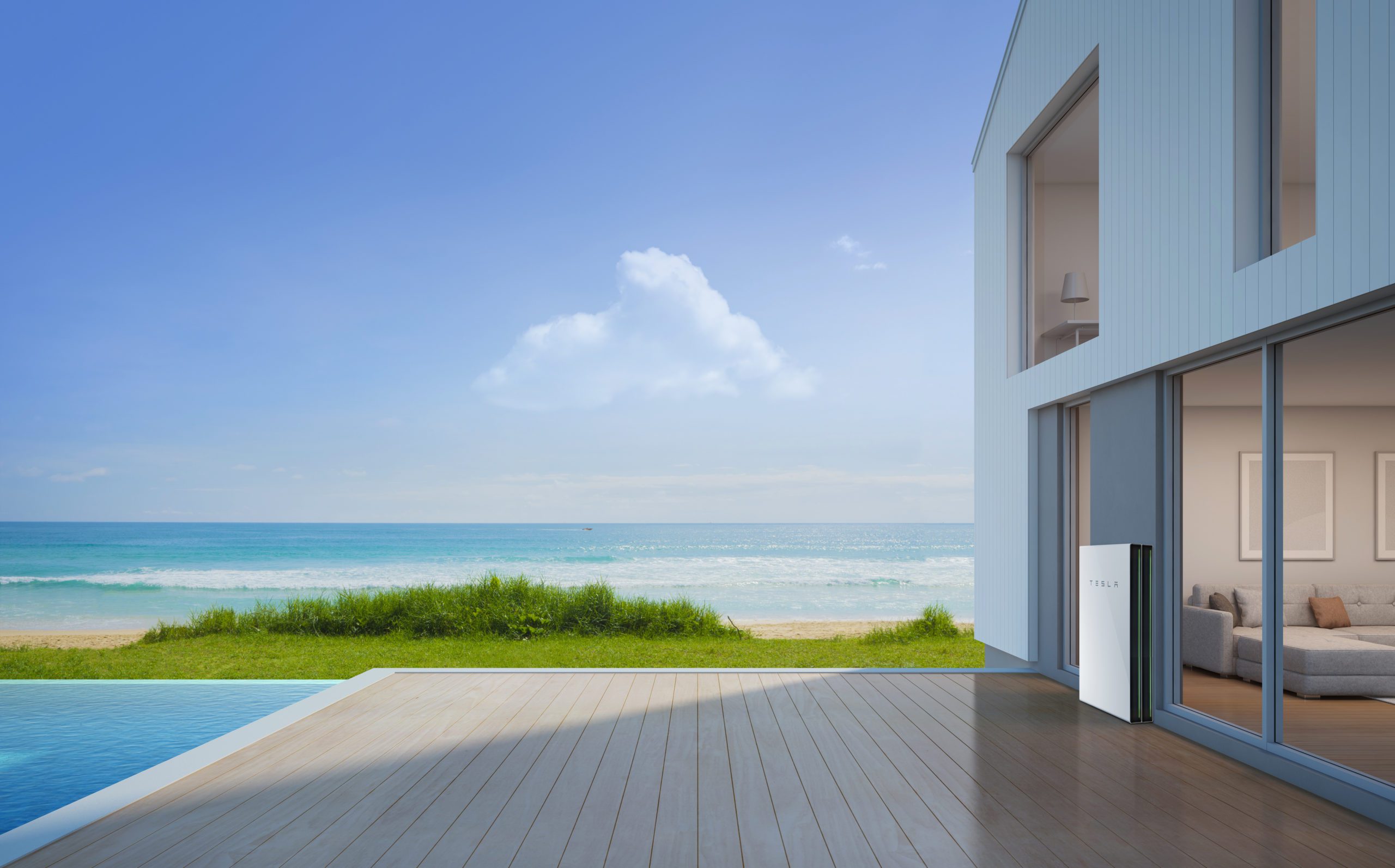 These days, solar panels are around 20% efficient at turning sunlight into electrical energy.  This means if 10% of sunlight energy is reflected and 20% is used to power our appliances, there’s only 70% left to end up as heat.  This is normally less than if sunlight hits grass or bare soil, as their albedos generally range from 0.1 to 0.3.  Dry sand will reflect more heat back into space, but that’s not a good surface to build a solar farm on.

The electrical energy solar panels provide will, almost entirely, end up as heat.  But this is true for electricity from any source, so is only a consideration if we’re going to do without electricity.

For a solar farm to contribute to heating the earth, it generally has to be built where there is snow cover for an extended part of the year.  Freshly fallen clean snow can have an albedo of more than 0.8, but it can drop to half that when it gets dirty.  If a solar farm is built on what would otherwise be green grass with an albedo of 0.15, and we assume the average albedo of snow is 0.65, snow cover would have to last over 3 months before the solar panels result in overall heating.

This calculation can be complicated by the fact shade from solar panels can cause snow cover to last longer than it otherwise would, and so increase the amount of cooling they provide.  On the other hand, spring rain running off solar panels may help wash snow away faster, so the effect of solar panels on snow is probably site dependent.

If you put solar panels on a roof with an albedo higher than around 0.3, it may result in more direct heating from the sun than if the roof had been left bare.  But on average, the world’s roofs are pretty dark.  Average roof albedo in the US may be close to 0.15, while in hot and sunny California it’s around 0.2.  Australia should be better than that, but don’t get me started on Perth:

What the hell are you doing with your roofs, Perth?  Do you even realize you are the second hottest state capital?  Orange is not the new black, and black is worse!

But even when installed on lighter-coloured roofs, solar panels can still indirectly contribute to cooling by reducing the need for air conditioning.  Because this avoids some energy use entirely, it reduces the amount of heat that results from energy generation and consumption2.  In colder climates, the need for extra heating can outweigh the energy savings from reduced air conditioning, but only a small portion of the world’s population lives in these locations.  It’s also an unfortunate fact that the portion of the world that counts as having a colder climate is decreasing.

As an example, this study says Paris — which is colder than Christchurch — will experience overall cooling from rooftop solar.

So far, I’ve made it seem as if albedo is everything.  But there’s more to it than that.  How objects radiate heat also has an effect.  While it may seem paradoxical, the fact solar panels get hot during the day can contribute to the overall cooling they cause.

Besides albedo, there are two reasons why solar panels tend to get hotter than bare roofs or open ground:

It’s common for solar panels to be around 20 degrees hotter than air temperature for a large part of the day.  If solar panels get hotter than the area they are built over would without them, they’ll emit slightly more heat in the form of infrared radiation.  This will slightly increase the amount that heads towards space and escapes the earth.  It will have to fight its way past some greenhouse gases but hopefully, we’ll soon stop making it harder for infrared heat to escape the planet.

The cooling effect this causes is not large, but every little bit helps.

Solar PV is the only form of electricity generation with a significant overall cooling effect.  Most others directly release large amounts of waste heat into the environment.  Energy sources that do this are:

Three forms of generation that don’t directly contribute to world warming are:

Vast amounts of waste heat are created by burning fossil fuels and breaking big atoms into angry smaller ones, but it’s not too difficult to solve this problem.  All we have to do is close down fossil fuel power stations, scrap internal combustion engines, and allow the uncompetitive nuclear power industry to go out of business.  This process is underway, although I think we should pick up the pace for fossil fuels.

The extra greenhouse gases we’ve added to the atmosphere cause a much larger and longer-lasting problem.  They currently warm the planet roughly 20 times more than nuclear and fossil fuel waste heat and — unless we take action to reduce their concentration — they will still be making the earth warmer than it otherwise would be 10,000 years from now.

Greenhouse Gases — The Elephant In The Atmosphere

The main reason solar power is the coolest energy source is that it reduces fossil fuel greenhouse gas emissions.  The carbon dioxide and other greenhouse gases we’ve added to the atmosphere have warmed the earth by over a degree and they’ll be happy to raise it by another one if we don’t stop emitting so much.

Producing solar panels and associated hardware currently results in some emissions, but these are avoidable and will decline as we reduce fossil fuel use.  They are also trivial compared to the unavoidable direct emissions from burning fossil fuels.

Solar Is The Coolest Source Of Energy

Solar is the only source of generation that has an overall cooling effect.  While not large, it will improve as average solar panel efficiency gradually increases.  It would also be possible to design modules to reflect more of the sunlight energy they don’t require.  Making them with high albedo white frames is one simple way to do this.

The world is in a race against time to reduce greenhouse gas emissions, and wind and solar power are the two most effective tools we have to achieve this.  In the future, most of our energy will come from solar as its cost is falling faster.

So don’t be distracted by ever-more desperate arguments against solar power. Solar is not heating the planet. Solar is cool.