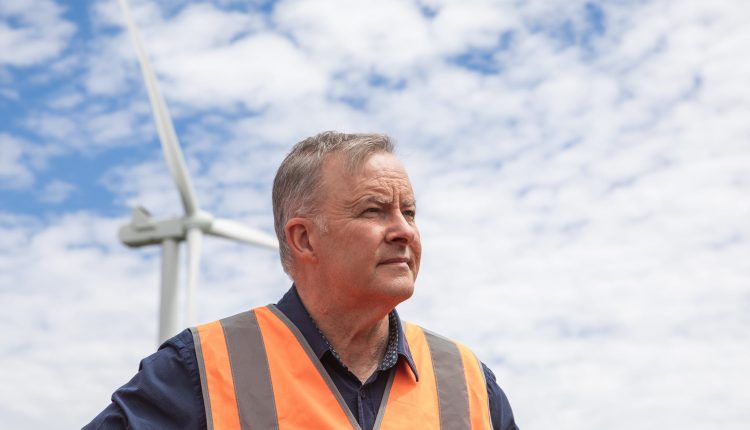 What does Labor’s 43 percent plan mean for solar and batteries?

Part of Australia’s Labor Party’s failure to topple the Morrison government in the 2019 election has been blamed on a lack of clarity about the costs and implications of its climate and emissions policies. In order not to make the same mistake in the 2022 general election, expected in early 2022, Labor has opted for external modeling and given a price for its Powering Australia Plan (Plan) – US$683 million over four years. But what would that plan look like for the average customer looking to save money and emissions with solar and home battery storage?

Labor published its long-awaited energy policy last week. And while the cash required to implement the work plan is a fairly large number, ie 604,000, says the number of jobs modeling will create through the plan. Next to consider is 82%, which is the share of electricity in Australia’s grid that opposition leader Anthony Albanese has pledged to renewable energy, with solar and battery storage playing a key role.

Of course, the key number of the Labor plan is its emissions reductions target of 43% by 2030 – a significant jump from the Abbott-era coalition’s 26-28% target, which still stands. And already the plan is being received better than Labor’s previous attempt. In 2018, the Business Council of Australia (BCA) described Labour’s 45 per cent target as “economy destruction”. Fast forward to 2021 and the BCA has changed its mind, describing the new 43% target as a “reasonable and workable plan to meet Australia’s net-zero emissions commitment”.

Labor’s sensible and workable plan to meet Australia’s net zero emissions commitment is a welcome step towards meeting this challenge.

Labor has already pledged $20 billion for its Rewiring the Nation plan, a plan to modernize the notoriously rickety and aging power grid that makes up the National Energy Market (NEM). And the independent modeling he commissioned showed that increased penetration of renewable energy will not only lead to emission reductions, but also to lower electricity prices.

However, 35% of Australians do not have access to the benefits of solar energy because they rent, live in apartment blocks or come from lower income communities. Therefore, the work plan’s guidelines include $100 million for shared “solar banks.” In other parts of the world, such solar systems are known as “community solar” and are a form of solar development that is spreading rapidly.

Labor policy modeling showed that solar homes with battery storage pay less for electricity and produce fewer emissions. As such, the plan is to bring as much storage as possible to as many people as possible by committing $200 million towards installing 400 community batteries across Australia, providing battery storage for up to 100,000 homes.

And while these guidelines aim to encourage adoption of solar energy and storage in general, Labor is also providing $100 million to create 10,000 new energy apprentices, including solar installation and maintenance workers.

Labor has also promised to bring more and cheaper electric vehicles (EVs) to the Australian market and this is a boon for any solar and battery storage owner. After all, it can only be a good thing if you no longer have to empty your wallet every time you want to fill up your car. With Solar-Plus storage, you only charge at home with the power of the sun.

The plan’s National Electric Vehicle Strategy projects that electric vehicles will account for 89% of new car sales in Australia by 2030. One way Labor is proposing to ensure this event is to create a fast used car market from the government’s own electric fleet.

Other incentives for EV adoption included in Labour’s plan include exempting EVs below the luxury car tax threshold for fuel-efficient vehicles from the ancillary service tax, removing the 5% import duty (which would save $12,000 on a Tesla Model 3) and strong support for charging infrastructure spending.

Of course, Australians will remember that Prime Minister Scott Morrison denounced electric vehicles in the run-up to the last election, saying that Labor policy at the time was “war at the weekend” and that electric vehicles could never “tow your boat” or “tow yours”. Trailer” – both obviously false claims. The coalition now seems to have backed away from that denunciation and has made an about-face with fossil fuels with its own EV policy, albeit a more dovish offering.

Labor leader Anthony Albanese said the coalition had failed on energy policy for a decade, and so had job vacancies. He described Labor’s plan as a push for renewable energy “less than a month after the largest climate conference in world history” which “urged Australia to try again on climate policy after ranking last in the world”.

Albanese went on to say that the coalition has failed and will continue to fail on the climate challenge. While “work… will create jobs, economic opportunity across regional Australia and cheap electricity. Under Labour, Australia will respond to the changes to come and shape our future in a way that benefits us all.”

While climate and energy policies remain tight in Australia, there is clearly a significant advantage for solar and battery storage under the work plan. But as international efforts to tackle climate change gather momentum and renewable energy technology continues to advance, the future for residential solar panels and batteries remains bright, whatever Australia’s big parties decide to do.