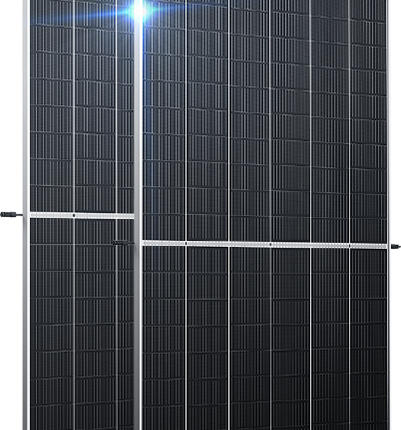 Under the rigorous tests, the uneven snow load test simulated uneven pressure caused by a large accumulation of heavy snow on Trina Solar's 670W module surface, with the highest pressure on the lower end of the module of up to 7000. Pa was exercised (corresponds to a snow depth of 2.8 meters), whereby the power attenuation of the module is only 0.56 percent.

The mechanical stress test at extremely low temperatures, a static stress test of positive 5400 Pa / negative 2400 Pa at extremely low -40 ° C, showed no variation in electroluminescence and a power loss of only 0.11 percent. In the hail test, which simulates the impact of hail of different sizes on modules, the 670W module finally passed the test for impacting hailstones with a diameter of 35 mm without being damaged.

In several extreme dynamic mechanical load tests, the 210 Vertex 670W module performed better than the competition with a load capacity many times higher than the IEC standard. When installed with clamps, the 210mm Vertex 670W double glass module has passed 20,000 cycles, 20x extreme tests, and is still intact. In the extreme wind tunnel test, the 670W vertex module remains intact when the wind speed reaches 62 m / s (216 km / h or 134 mph) and passes the extreme wind speed test that marks the bottom of a Category 4 hurricane on the Saffir-Simpson corresponds to the scale.

In order to maintain the consistently high reliability of the Trina Solar modules, a number of design optimizations have been integrated into the modules of the 210 Vertex series, including additional frame wall thickness, larger cavities, optimized material selection and coordinated designs to ensure extremely high structural robustness. The series of rigorous tests confirmed the excellent ability of the series to withstand external mechanical loads that can calmly deal with extreme winds, blizzards, extreme cold, hail and other extreme weather conditions.