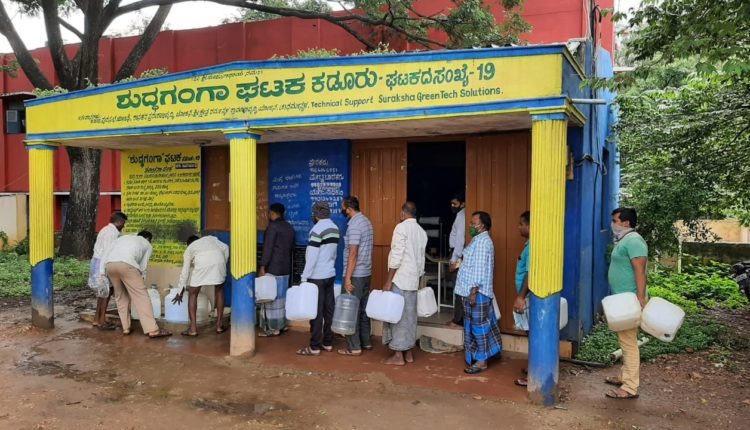 In Dharmasthala, a contract for the annual maintenance of solar inverters was signed in the presence of Dharmadhikari D Veerendra Heggade.

The cost of each inverter in the device is Rs 6 lakh. Accordingly, a total of Rs 2.40 billion will be spent on 40 Shuddha Ganga units, he said.

Veerendra Heggade said that Shuddha Ganga was dedicated to provide pure drinking water. The rural population must be made more aware of solar energy. Steps are being taken to use solar energy in the kitchen in the future.

An amount of Rs 6 crore is spent as the annual maintenance cost for these units. Spending on utility bills is around 1.14 billion rupees annually, he said. Now the Selco Foundation has decided to install solar inverters for 40 units and maintain them for a year free of charge.

Anil Kumar, COO of SKDRDP, and Harish Hande, Chairman of the Selco Foundation, were among those in attendance.

Check out the latest videos from DH here: