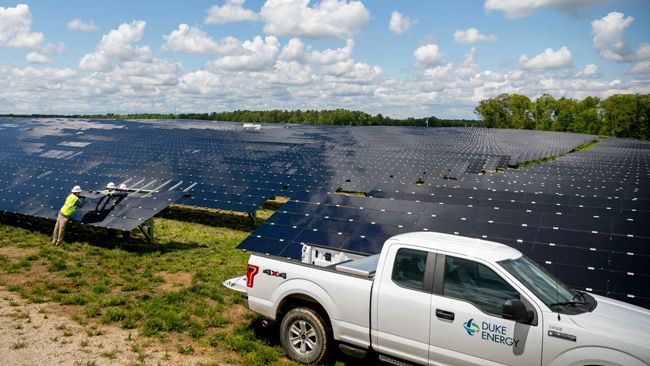 North Carolina regulators have approved Duke Energy's 5 MW solar project in the closed Buncombe County landfill in Woodfin, NC. Duke Energy will own and operate the solar power plant – the company's first to be retired in a landfill.

The landfill was closed in 1996. In order to avoid disturbing the ground cover, the solar shelving system is built on concrete blocks instead of being anchored in the ground. The underground cabling is kept to a minimum. The facility is expected to be operational by the end of the year and will help meet the county's renewable energy targets by 2030. At the same time, Duke Energy Progress customers in the Carolinas will be supplied with energy.