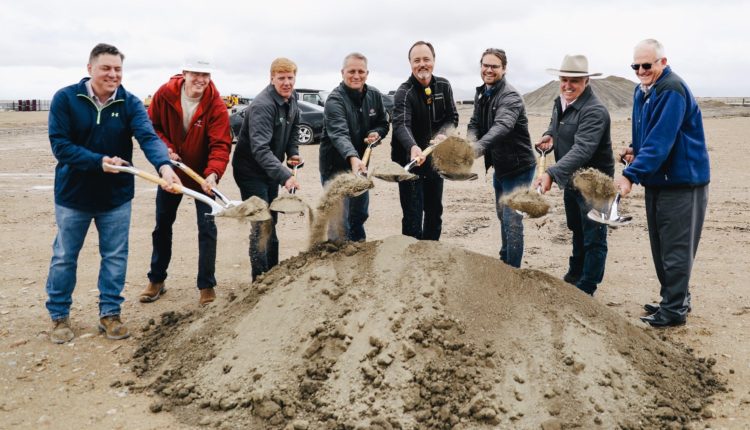 Greenbacker is breaking new floor with Utah's Graphite Solar I.

The project will be one of the largest solar systems in Greenbacker's nationwide portfolio of renewable energy projects, bringing renewable power to Facebook's new data center in Eagle Mountain, Utah.

According to Greenbacker, the Graphite Solar project shows its continued growth as an investor and driver of major renewable energy infrastructure projects that power municipalities, large corporations like Apple and Facebook, and many other companies across the country. The groundbreaking ceremony follows Greenbacker's announcement in March that it has completed construction of the Turquoise Solar Project, a 61 MW solar park in Washoe County, Nevada, that will provide renewable energy to Apple's data center in Reno Technology Park.

The Graphite Solar project has entered into a long term power purchase agreement (PPA) with PacifiCorp on behalf of Facebook. The contract was developed under Rocky Mountain Power's Schedule 34 Green Energy Tariff, which allows large customers to purchase renewable energy produced on their behalf.

Greenbacker bought the pre-operational solar project from rPlus Energies in December 2020 and commissioned rPlus to further develop the project through construction work. rPlus Energies has contracted Utah's Sundt Renewables and Sundt Construction to provide engineering, procurement and construction support for the project, which will include the installation of more than a quarter of a million solar panels.

"Large projects like Graphite will increasingly be necessary to meet the power needs of the technological economy and provide climate-neutral alternatives to conventional power sources," said Charles Wheeler, CEO of Greenbacker. "We are excited to play a role in the ongoing positive impact of this sustainable infrastructure project in promoting local employment, supporting the regional economy and creating more reliable power grids."

Graphite is being built in Wellington, Utah, a city with multiple coal mines, a recently decommissioned coal-fired power station, and a long history of generating electricity for the area. With the construction of this solar system, the municipality further diversifies its contributions to the local energy infrastructure and catalyzes the economic development of the region.

Photo: The rPlus Energies team was brought together for the groundbreaking ceremony by Greenbacker and Sundt Construction, who are acting as engineering, procurement and construction (EPC) managers for the project.

How does the storage of solar batteries work? – Tree hugger