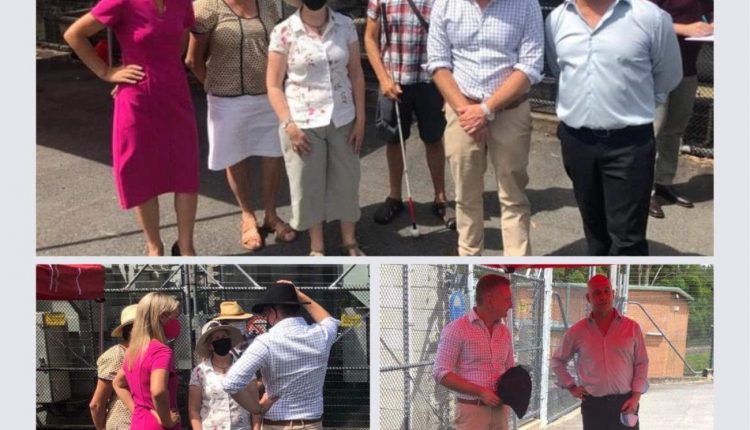 Community-level solar battery storage is coming to The Gap! – CleanTechnica

Australia is looking forward to a general election in May this year. So politicians are expected to visit local areas and make big promises. Recently, Labor shadow secretary for climate change and energy (Chris Bowen) was in The Gap, along with Queensland member for Cooper (Jonty Bush) and federal candidate for Ryan (Peter Cossar). They promised a publicly accessible solar battery should Labor be elected at the federal level.

The Gap, so named because it lies 10km north-west of Brisbane in the gap between the hills of the Taylor Range, is a quiet, leafy and leafy suburb of about 20,000 people. Labor pledges 400 community batteries across Australia as part of its Power to the People programme. This is a $200 million investment to reduce utility bills, reduce emissions and relieve pressure on the power grid. Households that can’t install solar panels — like apartment owners and renters — can source the excess electricity stored in community batteries from those that have solar panels on their rooftops. Labor writes:

What is a community battery?

A municipal energy storage or solar battery is typically the size of a 4×4 and offers around 500 kWh of storage, capable of powering up to 250 local homes.

Solar households feed into the battery during the day and draw on the stored energy at night.

Excess electricity stored in a community battery in excess of the local community’s needs can be sold to the grid when it’s needed most – in the early evening hours – further driving down utility bills.

Lobby groups Climate Action 4061 and Zero Emissions Brisbane were invited to make the announcement. They are pleased that politicians are making concrete commitments that correspond to their vision.

“ZEBNE’s goals are to facilitate community-led action for a secure climate future through partnerships, advocacy and in a timeframe that reflects the urgency of the challenge,” he said Zero Emissions Brisbane Facebook page states.

Climate Action 4061 adds: “We are a group of residents living in The Gap. We are not affiliated with any political party or group, we just want Australia to get on with climate action. We recognize that urgent action is needed in government, industry, business and society to reduce carbon emissions for a safe and healthy environment. Rapid progress to reduce emissions to net-zero well before 2050 is essential.”

Do you value CleanTechnica’s originality? Consider becoming a CleanTechnica Member, Supporter, Technician, or Ambassador—or a Patron on Patreon.

Advertising Do you have a tip for CleanTechnica, would you like to advertise or suggest a guest for our CleanTech Talk Podcast? Contact us here.