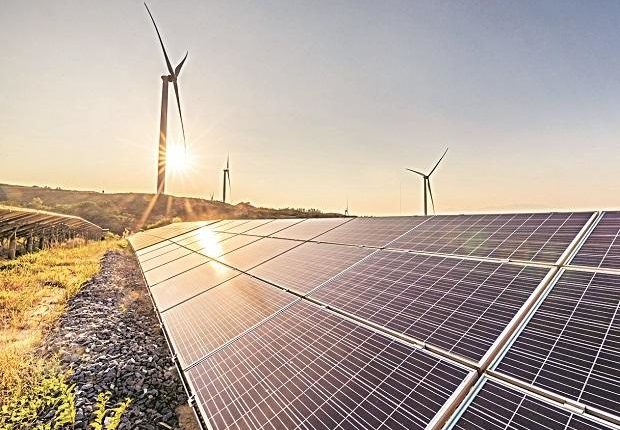 The industry body CII, in its memorandum presented on Monday, called on the Treasury to raise the basic tariffs (BCD) for solar systems announced in the last general budget and stressed that the delay in implementation has an impact on investments.

The CII representatives met with the Treasury Department during a scheduled pre-budget meeting on Monday to represent the infrastructure sectors.

The memorandum states that the implementation of BCD for solar systems was announced in the last Union budget, but the government does not yet have to draw up a roadmap for implementation.

The panel stated that the delay in the BCD levy affects the industry's investment decisions.

At the beginning of June this year, Energy Minister RK Singh also spoke about the introduction of BCD for solar systems.

The CII also urged the ministry to bring power within the GST (Goods and Services Tax) scope, saying that its recommendations before the budget had called for this for several years.

It is proposed to bring the electrical energy into the GST network with a lower GST rate or to exclude it from the GST. Refund of the entrance credit should be given to the generation / transmission / distribution company, he added.

This is still pending until the Indian government has made a decision.

About the long-term policy in relation to hybrid solar plus wind, solar plus storage, solar plus thermal peak power, RTC (electricity around the clock, etc.), the authority announced that the guidelines for this were issued by the Ministry of Energy (MoP), and the offer documents were issued on August 27, 2020 by Solar Energy Corporation of India (SECI).

The CII had issued recommendations in this regard as Annex 6 to RTC for RE.

"Our humble request to the ministry to share the path in this direction for the benefit of all concerned," she pleaded.

It was also highlighted that the 2016 tariff policy decision and draft Electricity Amendment Act 2020 (EAB) are still pending.

The collective bargaining policy is an important policy to create more competition, especially in the distribution sector.

The EAB 2020 has also been hailed by the industry as an important step towards increasing efficiency in generation, distribution, transmission and alternative procurement such as short term market, open access etc.

Both are important policy guidelines and have yet to be implemented by the government.

"SLDCs (State Load Dispatch Centers) have violated the & # 39; Must-Run & # 39; status of RE systems and restricted the generation of RE despite sufficient network availability. Discoms or SLDCs / RLDCs (regional Load Dispatch Centers) enable a preferred flow of electricity from power plants. Therefore, the implementation of must-runs in true letter and spirit is not yet to be seen in some states, "she emphasized.

The MoP has already taken steps to initiate a consultation process.

"Measures in this area must be accelerated," she pleaded.

Regarding the enforcement of the Letter of Credit (LC) and payment security for renewable and conventional power plants, it was stated that DISCOM fees will be 1.26,000 rupees as of September 2020.

There were already old payment problems that accumulated when the energy sector got into turmoil mid-year as the country faced the pandemic that hit demand badly.

The mandate of an LC was one of the very progressive steps taken by the Indian government, announced in a CEO dialogue in 2019.

There are implementation problems in states that require guidance and intervention, it said.

Regarding the policy to promote and improve rooftop solar energy for C&I (commercial and industrial) and residential consumers, it is said that solar pumps under the PM-KUSUM program – a policy that is a win for everyone involved -Win situation will help India achieve its roof solar ambitions.

It should focus on solutions designed to eliminate losses for the incumbent utilities, especially T&D (transmission and distribution).

Practical actionable support from the Department of New and Renewable Energy will be very helpful in making this a mass movement in 2021, it suggested.

Regarding renewable development trade policy, it is said that this includes enforcement of the Renewable Purchase Obligation (RPO) by states.

In the further developed international energy markets, RE-based projects also open up the trading markets and base their pricing on market dynamics.

In this structure, buyers and sellers can secure their contracts through exchanges, open access, bilateral deals, captive modes etc. and for different periods of time based on mutual negotiations between the beneficiaries.

The CII believes that this concept can provide an alternative mechanism to complement the existing market for secured fixed-term fixed-term tariffs and further improve the path to meet RE goals, he added.

(Only the headline and image of this report may have been revised by Business Standard staff. The rest of the content is automatically generated from a syndicated feed.)