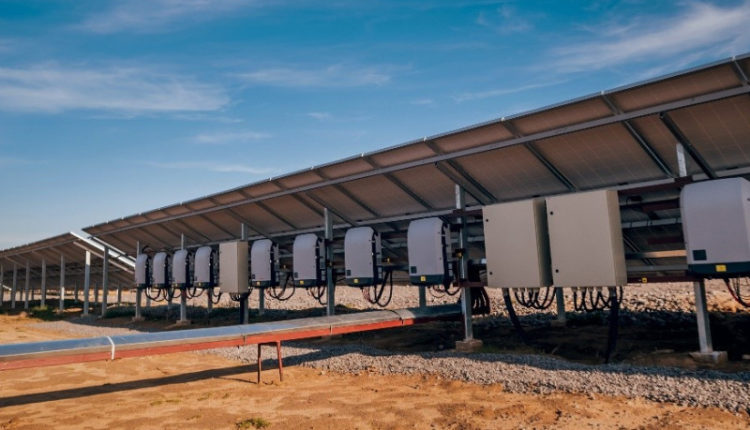 In a highly competitive solar industry where every penny counts, technologically advanced, low-cost inverters with maximum performance are becoming the natural choice for solar installers.

Although inverters only make up 5% of the total cost of a project, they are an important part of determining the performance and efficiency of a solar system.

String inverters accounted for nearly 49% of the total Indian inverter market share in 2020, a steep increase from 30% in 2018.

According to the India Solar Market Leaderboard 2021, the string inverter category was dominated by Huawei, Sungrow, Growatt, Goodwe and Solis in the 2020 calendar year.

To discuss the various aspects related to string inverters and to track their growth potential, Mercom held a webinar on May 31, 2021.

Optimization of the C&I segment

Regarding the types of inverters that Tata Power Solar uses in their installations, Kamath said, “We are mainly active in the C&I and residential segments. We stick to string inverters for most of our projects. String inverters are suitable for different sizes and outputs and are best suited for both the C&I and the distributed open space segment. "

Similarly, Pathak said, “We are into solar systems for the C&I segment and government buildings. String inverters are used for most of our projects. These are in the power range from 20 kW to 50 kW, with several Maximum Power Point Trackers (MPPTs). String inverters have several advantages and are ideal for roof-top projects where space and accessibility are key issues. The market for string inverters will continue to grow in the coming years. "

For his part, Sirsath added that while there are several types of string inverters on the market, choosing what suits a project depends on the applicability of the inverters.

“The main advantage of string inverters is that there is a wide variety of powers, and we have inverters with powers of 75W that can go up to 100-125kW. These inverters are used for maximum performance and are 99% maintenance free. Most inverters above 50 kW are fan-cooled and the maintenance costs are negligible. These factors make string inverters the ideal choice for the roof segment, ”added Sirsath.

Growatt and Solis are two of the top players in the field of solar inverters.

“Growatt entered the Indian market nine years ago and has carved out a niche for itself during that time. We have two service centers in the country, which makes customer service easily accessible to our customers. We have a service center in Hyderabad and last year we opened another in Ahmedabad. We have sold nearly 150,000 units in India. Customers know our brand and we hope to expand our presence in the string inverter market in the coming years, ”said Sirsath.

Commenting on Solis' growth as a brand in the country, Rakesh said, “We entered the Indian market four years ago and created a market for our products. The most important thing in business is getting the right message across, and that's what we did. Now consumers know that Solis is one of the leading providers in the market. We have a network of service centers across the country, which makes it easy to gain customer trust. "

Since string inverters have grown exponentially over the past two years, it has become important to choose the right inverters for the projects. Customers have several options to choose from and, generally speaking, it is the installers who choose on behalf of the consumer.

“Today, string inverters are usually used for the rooftop segment because they fit perfectly. String inverters help to reduce the LCOE to a great extent, while such inverters with optimizers are also used in projects in which different modules with different outputs are used, ”explains Rakesh.

“Choosing the right inverter depends on several factors. We deal with C&I customers and make them a comprehensive offer. In general, they choose string inverters because they help reduce shade and offer a variety of other benefits. One of the key factors when choosing string inverters is brand equity. The brand plays a decisive role in the selection of the inverter. The after-sales service and the operating and maintenance infrastructure are also decisive factors in choosing the right fit, ”added Kamath.

“As a rule, we are the ones who choose the inverters for our customers. Ultimately, “it is the supplier who wins over customers for string inverters. Decision-making factors include the brand name, the company's history, after-sales service and the research and development activities on which the development of the products is based. The location of the project is also an important factor before you decide on an inverter. For example, considering the extreme climatic conditions in Delhi, installers should choose string inverters with multiple MPPTs that monitor each string, ”said Pathak.

“In most cases, it is engineering, procurement, and construction companies that make their recommendations, and customers think so. Some customers come up with technical specifications and choose accordingly. When choosing, the product quality is of crucial importance. After-sales service, the company's bottom line and brand name are some of the other factors customers are looking for, ”added Naik.

With the rapidly changing technology, the solar inverter business is also developing. Artificial intelligence (AI) will conquer the inverter market in the near future. AI and big data analytics will make string inverters smarter and remote monitoring a lot easier.

“As awareness grows, the size of equipment installed in a single location will increase, causing customers to demand more from inverters. In the future, inverters will show the way with technologically more solid operation and greater use of big data analytics. We will have inverters that reach down to the module level and can check the efficiency of each module through drones. In the future, AI will play an important role, ”adds Pathak about the future course of the solar inverter segment.

“The diagnostics part of inverters is currently underutilized because no complete data is available. Another important aspect that will be dealt with in the future is the reliability of string inverters. Efficiency can be increased by learning from previous mistakes and by using the feedback loop to help develop better models. Reliability is very important and crucial for the development of future inverters, ”says Kamath.

For inverters with storage and AI, Naik argued: “Inverters with battery storage systems will be the next big thing. There is more emphasis on the safety of inverters, AI and diagnostics are the way forward. String inverters with several MPPTs will dominate the market in the coming years. "

Improvements to inverters, including greater granularity of MPPT, the amalgamation of artificial intelligence with more powerful algorithms, will all usher in a new era of solar inverters that better meet the changing needs of the solar industry.

You can watch the webinar here.