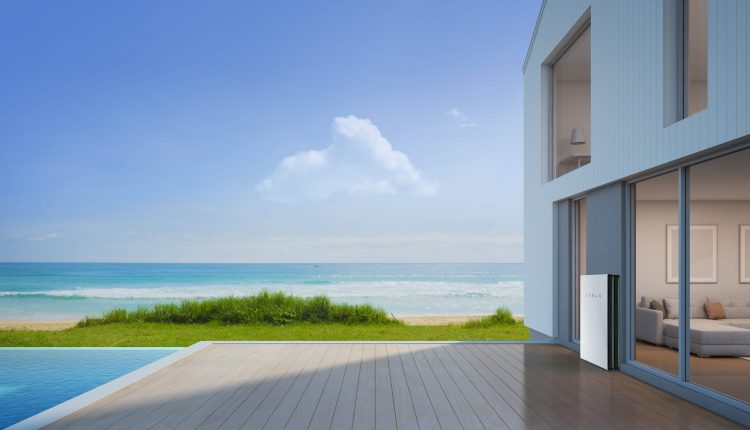 5 reasons to combine your solar panels with Tesla Powerwall

There are many reasons why you should combine your solar system with Tesla Powerwall, but here are five to get you started:

One of the most enticing aspects of investing in a solar system for your home is the feeling of finally being under the thumb of the energy companies and their crippling, repetitive bills. After all, you have this whole roof area with free solar energy just streaming down it, and you just need to install some panels. Too easy, right?

Not quite. Of course, the electricity you use during the day when the sun is shining is covered, and you might get kickbacks for solar power you feed into the grid, but despite your proactive green thinking, the bills keep cropping up. Luckily, the bills are cheaper, but you want something better than cheap, right? You want independence, and when it comes to energy independence, you need to pair your solar panels with a home energy storage system like Tesla Powerwall.

Energy independence is easier than you might think. Image: Tesla

As we’ve all learned during the Covid-19 pandemic, the world doesn’t have to do us any favors, and the same goes for the weather. However, not only wind, lightning strikes and other natural phenomena cause power failures, but also the increasing complexity of modern supply and demand in an outdated grid. And while no major power system is perfect, and power outages are ultimately inevitable, they’re also a real hassle.

No one is happy about a power outage, and no one likes to miss the end of the game to grab a flashlight and start the tedious task of salvaging groceries from the fridge. But that’s the least impact of a power outage, as many of us are increasingly working from home on our computers, and when an important presentation is coming up, it’s not uncommon to fear the very real threat of a power outage. And of course these are just minor issues compared to the risk of a power failure.

Unfortunately, what many people don’t realize, even if they already have solar panels installed on their roof, is that if the grid goes out, your solar energy will be taken with it. This is for the very good reason that grid-tied solar generators cannot feed electricity into the grid while workers are trying to fix the lines. There is one exception, however, and that is if your rooftop solar system is connected to a household battery such as a Tesla Powerwall.

In the event of a power failure, this combined solar storage system is automatically disconnected from the grid and sets up its own mini-grid or island. This is called “blackout protection” and ensures that you remain energy independent in the event of a power failure. While the rest of the area is knocked out, you might not even realize it until your neighbor knocks on the door and asks if he can watch Netflix with you.

This is because the Tesla Powerwall disconnects and restores backup power in a split second, and if the outage lasts longer than five minutes, the Tesla app will ping you to manage your home energy system settings and ensure the most efficient prioritization of devices.

One of the most enticing aspects of combining home storage with your private solar system is the significant and obvious increase in your solar self-consumption. This is an increasingly attractive option as solar adoption in Australia has reached levels in many parts of the country where feed-in tariffs (FITs) are no longer the lucrative solar revenue stream they once were. In fact, in some particularly congested areas of the power grid, the Australian Energy Market Commission (AEMC) is debating whether to charge for distributed electricity that is fed into the grid at certain times of the day.

Although inequality may have narrowed slightly during the spate of Covid-19 lockdowns, most people use more electricity at night than during the day. Typically, the unused solar energy is fed back into the grid for a tidy small payment. However, as these payments dwindle and electricity prices tend to rise during peak evening hours, the temptation to combine your home solar system with a home battery only increases.

By combining your solar panels with a Tesla Powerwall, the excess solar energy generated during the day can be stored for use in the evening, ensuring you get the most out of your solar system, avoiding waste, saving more money on your electricity bills and, of course, reducing Your own carbon footprint significantly.

More Australians are choosing to pair their solar systems with battery storage, and as this trend accelerates there will be more opportunities to join Virtual Power Plants (VPPs), such as Australia’s largest VPP, the Tesla Energy Plan. By joining a VPP with your Solar Plus storage system, you can maximize your energy savings through flexible time-of-use tariffs, ultimately saving you more money on your electric bills and benefiting both the Powerwall-owning community and the community at large. Add an additional five-year warranty and monthly Grid Support Credits, and joining the team is a breeze.

If you already have solar panels installed on your roof, you may, like many solar owners, be fascinated by how much energy you’re generating, and if one of Powerwall’s tangential benefits is fantastic access to the data you’re generating Solar Plus Storage system for private households. For many, this is a great opportunity to find even more efficiency bonuses, maximize the solar energy you produce and optimize the time energy is used for the greatest savings.

As with residential batteries, Australia has been slow to update electric vehicles (EVs) but now the two are on a tandem rise. Of course, an EV requires a significant amount of electricity, but depending on the size of your home, a well-proportioned solar-plus storage system should be able to charge your EV efficiently without resorting to the grid, or at least without resorting to the grid, unless the prices are very low. Not only will you save money from ever-increasing gas prices, you’ll also eliminate one of the most annoying parts of your carbon footprint, which is transportation.

While Vehicle-to-Grid (V2G) technology is still in the experimental phase in Australia, other countries are already taking advantage of the fact that every electric vehicle is essentially a mobile battery that, when connected, provides the much sought-after grid stability services can. As more Australians transition to electric vehicles, those with home storage systems will be best placed to get the most out of V2G, and that’s just another reason to pair solar power with Tesla Powerwall.